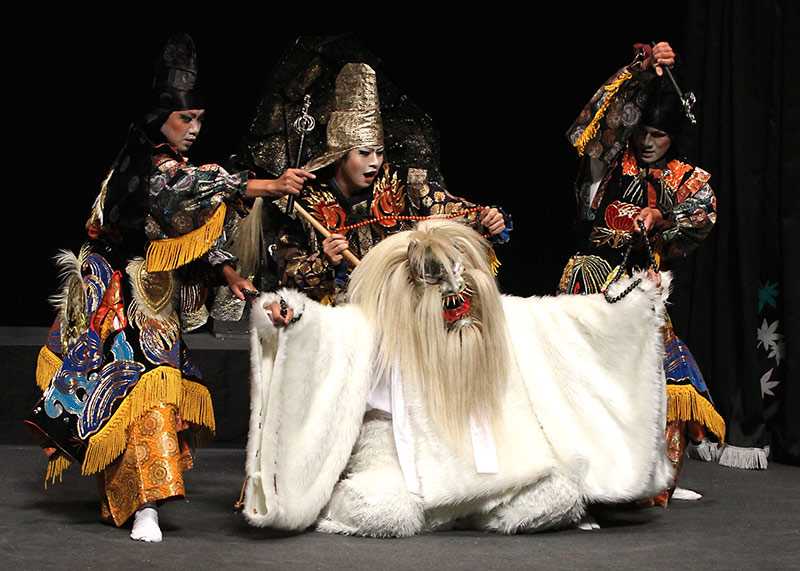 Once upon a time, there was a golden nine-tailed kitsune (fox spirit) who wreaked havoc in China. Satisfied with the mayhem she caused there, she set her sights on Japan, where she turned herself into a beautiful woman named Tamamo-no-Mae. As Tamamo-no-Mae, she served in the Imperial Palace and was beloved by all, especially the Emperor. But getting close to the Emperor was all a part of her master plan. Using her powers as a kitsune, Tamamo-no-Mae was slowly leeching the life out of the Emperor so that she could take over Japan and rule it as her own. However, her plan did not go unnoticed.

With the health of the Emperor failing, the Imperial Diviner Abe-no-Yasuchika was called in to diagnose his mysterious illness. To his horror, he discovered that the Emperor's beloved Tamamo-no-Mae was the cause. With her true nature as a kitsune exposed, Tamamo-no-Mae fled to
Yasunogahara.

The Emperor summoned the best warriors in the land, Kazusa-no-suke and Miura-no-suke, to find the kitsune and destroy her. The two warriors carry out their orders and Tamamo-no-Mae is killed, but that's not where the story ends. Consumed by rage and frustration, Tamamo-no-Mae became a vengeful ghost, haunting a massive boulder that killed any living thing that drew near.

Rumours of this boulder later reached the Buddhist monk Gennō Shinshō, who exorcised the now-repentant spirit of Tamamo-no-Mae. He held a
Buddhist memorial service for her, allowing her spirit to finally rest in peace before he destroyed the boulder using a great mallet. This mallet later became known as a gennō to honour the brave monk.