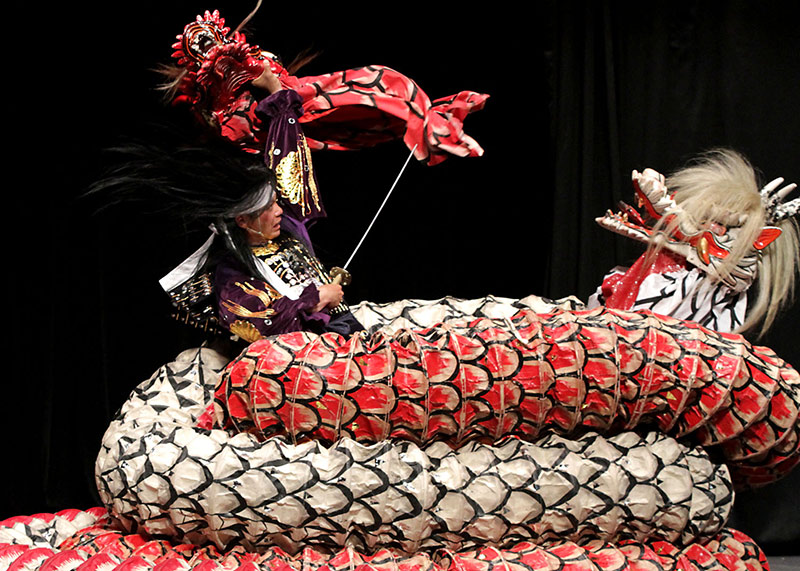 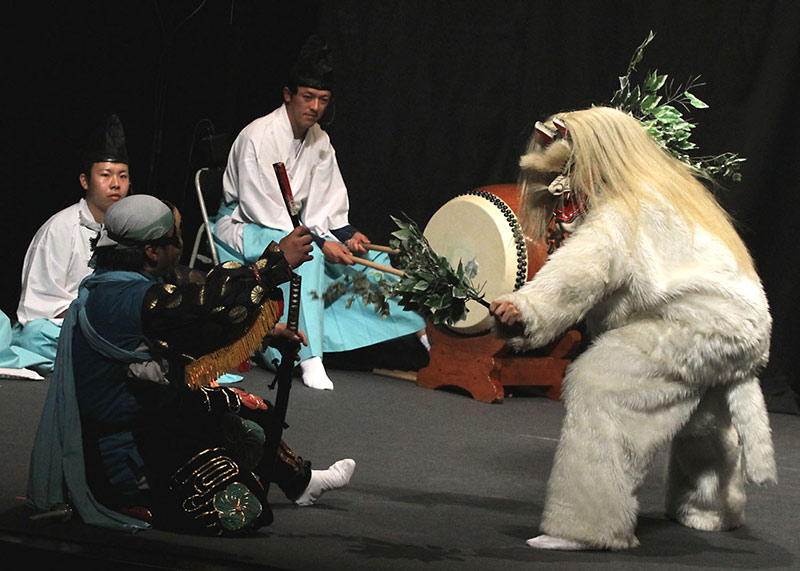 Prince Yamatotakeru-no-Mikoto was the second son of the 12th Emperor of Japan, Emperor Keiko.

On a mission from his father, he sets out to the land of Kumaso in the west and Emishi in the east to quell the rebels there. His mission is a success and he travels to the province of Ise to recuperate when he receives new orders from his father about a demon terrorizing villagers and defying imperial reign from Mt. Ibuki, deep in the heart of the Omi province. With his faithful retainer Kibi-no-Takehiko by his side, Prince Yamatotakeru heads to Mt. Ibuki to face the fearsome demon and, after an epic battle, emerges victorious.