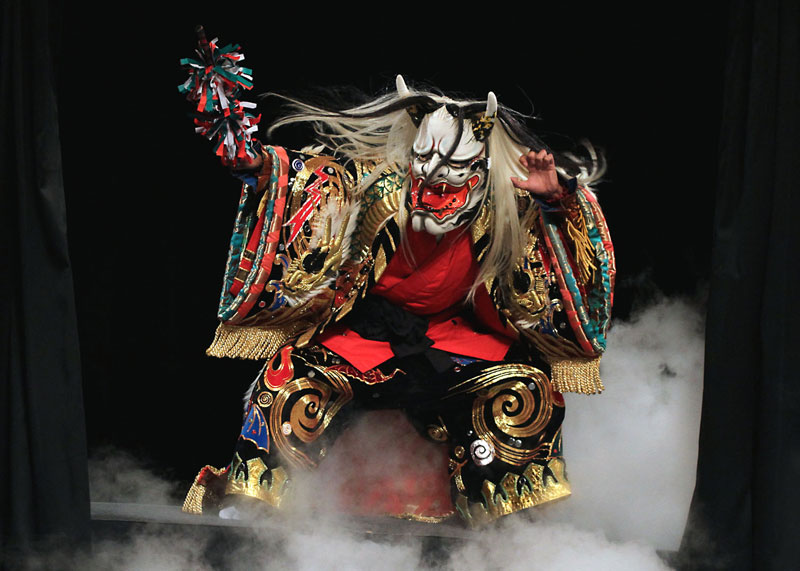 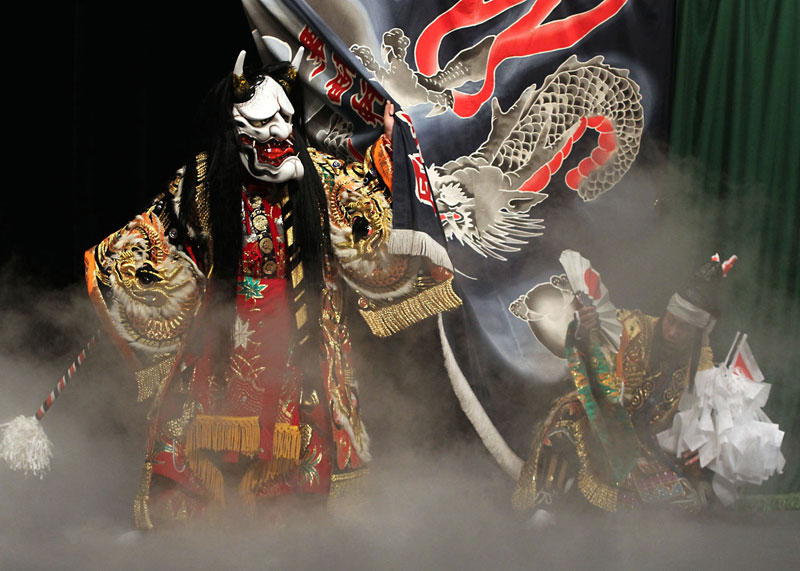 During the reign of the fourteenth Emperor Chuai, tens of thousand of soldiers arrive from a foreign country. They try to conquer Japan.
The commander-in-chief of this troop is Jinrin. Jinrin has wings and can fly up in the sky freely, disturbs villages and kills many people.
Then Emperor Chuai stands up with his followers, and vanquishes the demon with his virtue and influence. His bow, Amano-Kagoyumi and his arrow, Amano-Habaya have miraculous power and help Emperor's victory.