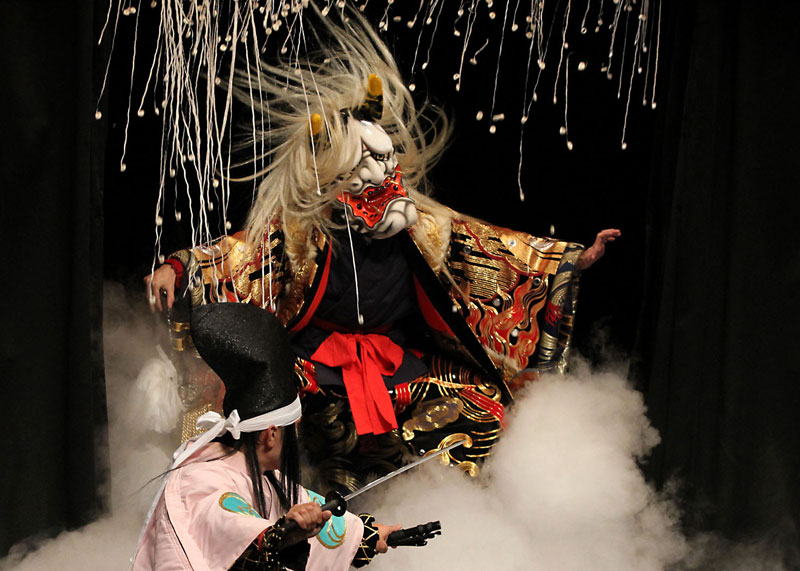 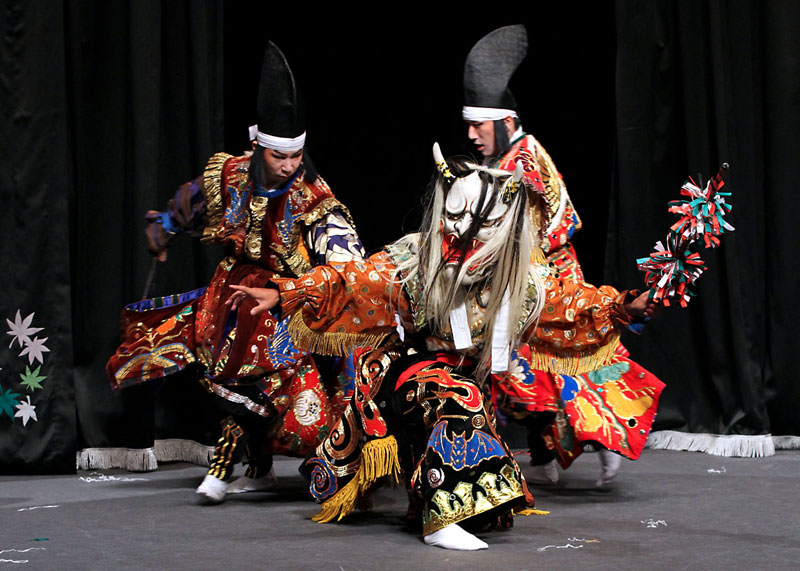 Minamoto no Raiko and Watanabe no Tsuna are dispatched with the royal command
to beat out bandits in Agero, Echigo Province (present Niigata).
They get lost in the mountain. They find the only one light deep in the mountain, and ask for one night accommodation. Mother and child living in the house are none other than bandits themselves.
They were expelled from the capital,cursed their painful situation, had grudge to
erybody, and had done many bad things in Agero. They are Yamauba and her child,
Kaidomaru.
Yamauba and Kaidomaru without knowing about Raiko famous for his heroic acts try to attack him. They are badly beaten. Yamauba deserts Kaidomaru and flees.
However she returns soon and tells him her tale of woe, and asks him to save her
son's life at the cost of her own life. Raiko feels sorry about their fate, saves the boy's
life and allows him to be his follower and takes him back to the capital.
Kaidomaru later changes his name to Sakata no Kintoki, becomes one of the four
most powerful samurais working for Raiko.