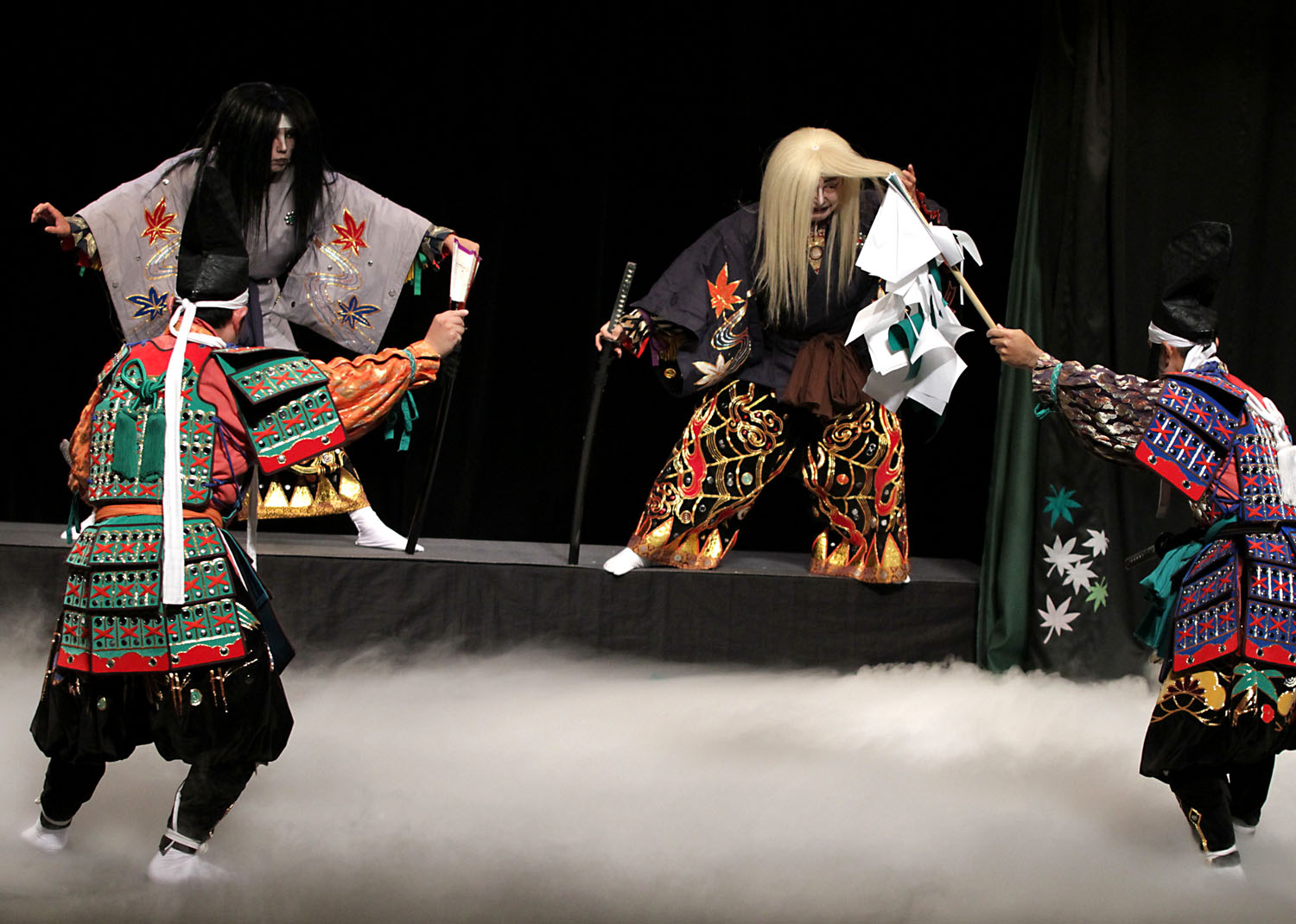 Late in the 11th century, the Abe brothers, Sadato and Muneto, came to rule the northernmost part of Honshu for themselves in defiance of the Capital. Fed up with the two rebellious brothers, the Capital orders Minamoto-no-Yoshiie to take care of the Abe brothers once and for all. Minamoto-no-Yoshiie sets out immediately, and along the way he meets Touta, a packhorse driver. He asks Touta to show him the way to the northern territories, and he agrees on one condition: Minamoto-no-Yoshiie must get rid of an evil demon who had been causing chaos in the area. He accepts Touta's proposition and defeats the demon. The two ride out to battle the Abe brothers, and together with the help of a powerful local lord, Kiyowara Takenori, and the divine protection of Hachiman, the god of archery and war, Minamoto-no-Yoshiie is victorious and peace is restored to the northern territories. He is also well known for composing the famous poem "Nakaso Barrier" which is as follows:

Fuku kaze wo nakoso no seki to omoedomo michimo seni chiru yamazakura kana
(吹く風を勿来の関と思へども道もせに散る山桜かな)
The gusting wind Comes not to the barrier of Nakoso, I thought, yet The road is blocked with fallen Mountain cherry blossoms