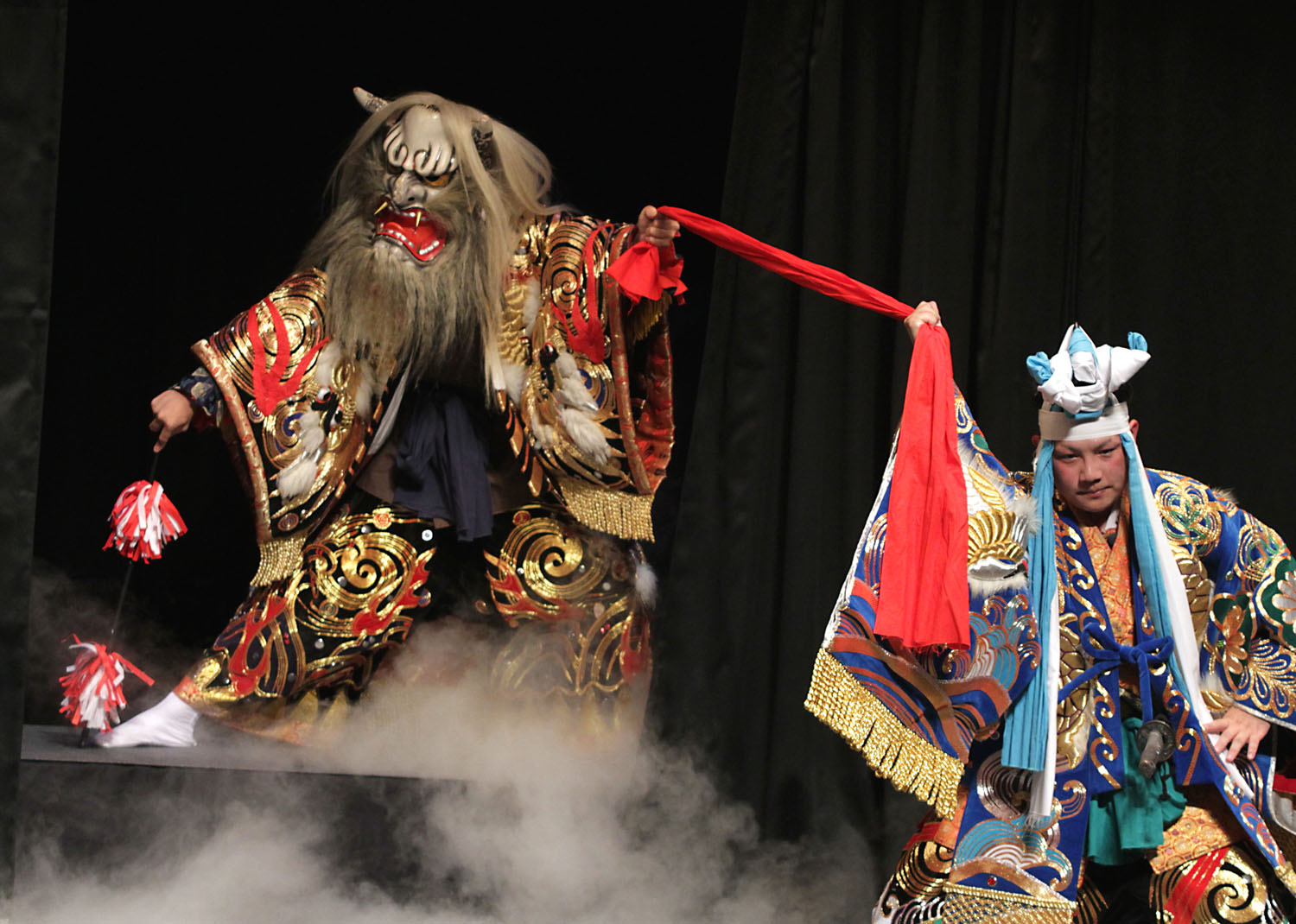 At Mt. Suzuka in Settsu Province (close to present Osaka) a demon lived and had been disturbing the local community. The emperor in the Heian era ordered Sakanoue Tamuramaro,
a commander to beat the demon.
Sakanoue headed for Mt. Suzuka and asked local people about the demon. According to them, the demon was a son of a landlord Nagaya in Tsuno Town. His name was Onimaru. He did not get along with his classmates at a temple school. One day he was bullied and had a Kanji character 鬼（meaning Demon）written on his forehead by his peers. He felt so humiliated that he fled into the mountain, and had been annoying the village.
Sakanoue was guided by a villager, went to the cave deep in the mountain. After a fierce fight Sakanoue subjugated the demon.
This demon is invisible, thus making for a most interesting piece: the fight sequence very inventively expressed. This program "Suzukayama" is titled "Tamura" as well.