Tenjin(Michizane was deified as a god of learning) 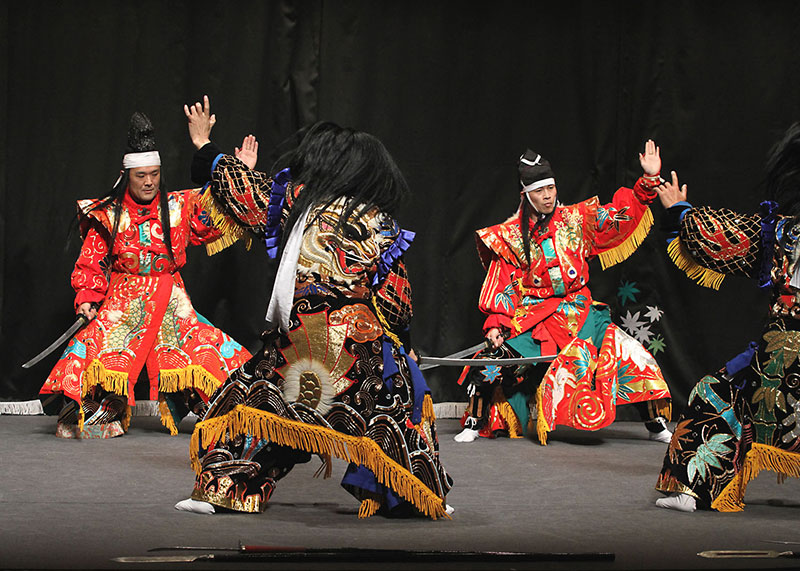 Sugawara-no- Michizane was a real person in the early Heian Period (794-1185). He was a very talented person and became the Minister of the Right at a young age.
The Minister of the Left, Fujiwara-no-Tokihira, envied Michizane's talent and framed Michizane up for treason against Emperor. Michizane was demoted to Dazaifu, the
regional government in Kyusyu.
Though he was demoted, he insisted upon his innocence, but his voice was not heard and he died a sad death. Many evil things happened in the palace after Michizane's
death, like heavy lightning which caused a big fire on the palace.
Sugawara-no-Michizane became a god of thunder and punished Tokihira who ended
up being a demon.
Later Michizane was deified as a god of learning, and branch shrines have been
erected in many places.
Michizane' s story came to be known as "Raiden" in Noh play, "Tenjin" in Kagura.