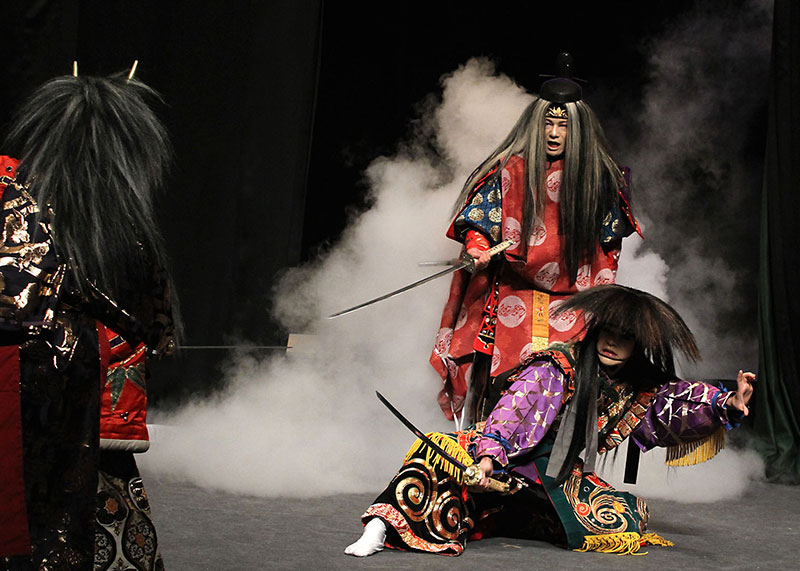 The play begins with Michizane on his deathbed. He laments having fallen victim to Tokihira's plot, and just before he dies, he beseeches his son, Kan Shusai, to return to the capital and destroy the Fujiwara clan, thus returning their family into the service of the emperor. But even in death,
Michizane's hatred for the Fujiwara clan is so great that he becomes a terrible thunder god and watches as his son heads to Kyoto.

Meanwhile, Tokihira had already gotten word of Shusai's plans and was waiting and ready for his arrival. Before the two faced each other in battle, they agreed to see who could compose the best waka poem.
Tokihira, knowing that he didn't stand a chance against Shusai's literary genius, instead immediately launches his attack, and just when it looked
like Shusai was done for, his father, the thunder god appears and together, they defeat Tokihira and bring an end to the Fujiwara clan.

Michizane was a famous poet and scholar in his lifetime, and now is regarded as a patron saint of scholarship. On the other hand, however, he is
also regarded as the most powerful of all vengeful spirits, and to this day is still a popular subject in stories and folklore.