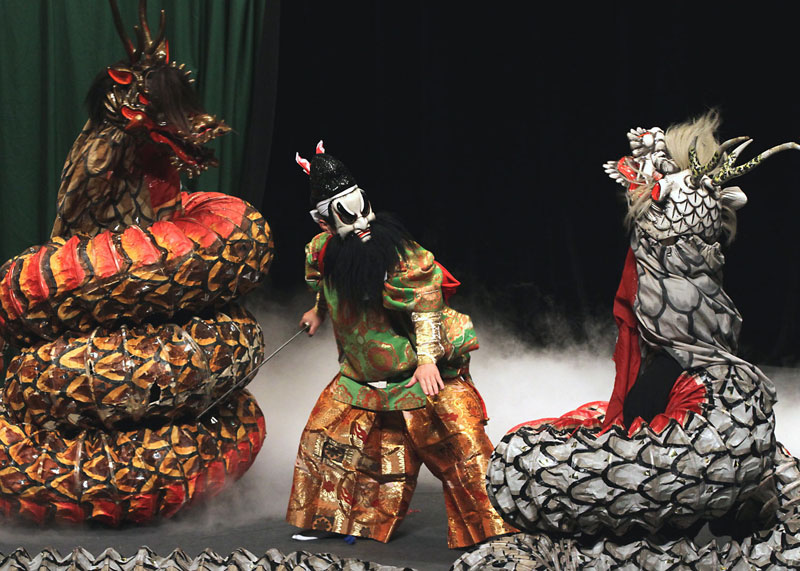 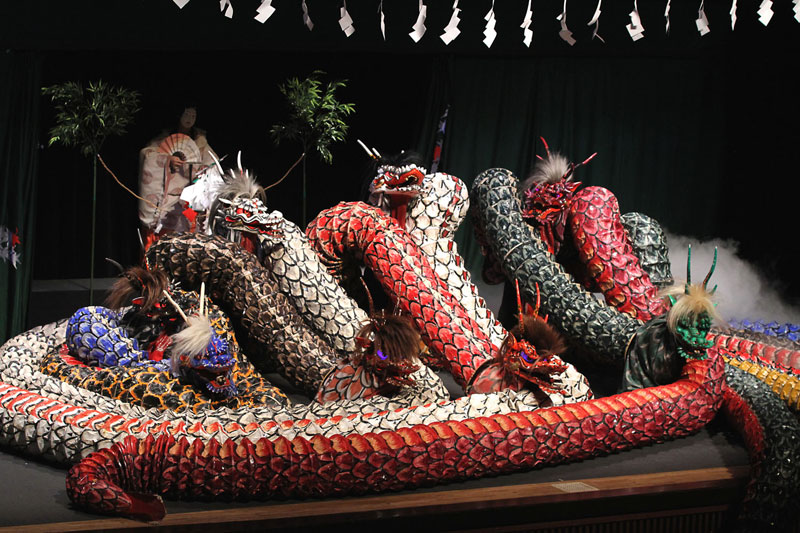 Once upon a time in the province of Izumo, there lived an elderly couple and their
eight daughters. Each year, the fearsome snake demon, Yamata-no-Orochi, would
descend from the mountains and devour one of their precious daughters.
After seven years, only one daughter, Kushiinada-hime, remains. The elderly couple, Ashinazuchi and Tenazuchi, fearing for the life of their only remaining daughter,
were lamenting their misfortune when Susano-o-no-Mikoto, a powerful god,
heard their pleas.
Susano-o hatches a plan to be rid of the snake demon using a barrel of poisoned sake. The plan goes like this: Kushiinada-hime would hide behind the barrel of poisoned
sake, casting her reflection into the barrel.
Yamata-no-Orochi then sees the reflection and, thinking it to be the real Kushiinada-hime, would then devour the sake barrel, thus poisoning him so that Susano-o
could then strike the final blow.
When the demon appears, everything goes according to plan and Susano-o faces the
drunken demon, still powerful despite the poison.
After a fierce battle, Susano-o defeats Yamata-no-Orochi by striking a final blow to
the demon's stomach.
From the depths of the demon's belly, a sword appears; this sword would go on to
become a national treasure. Susano-o presents the sword to his sister, the all-powerful sun goddess, Amaterasu, and marries Kushiinada-hime. The two live happily ever
after in Izumo.