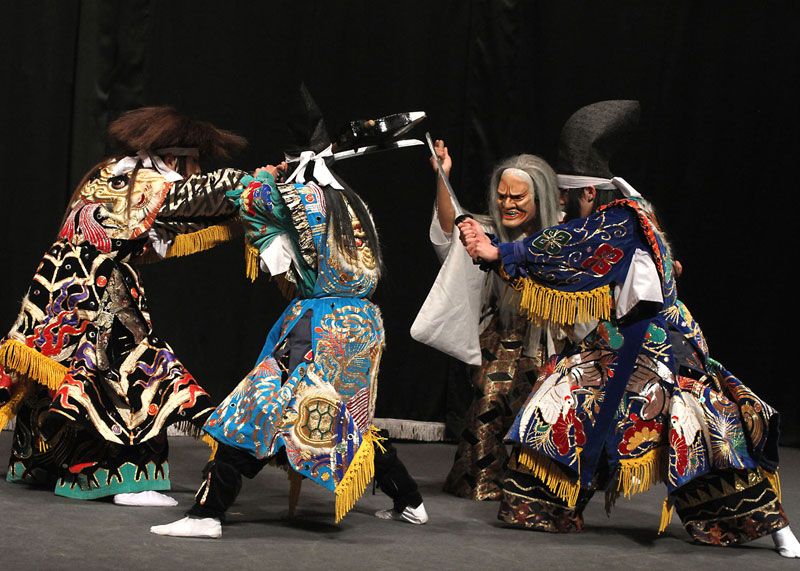 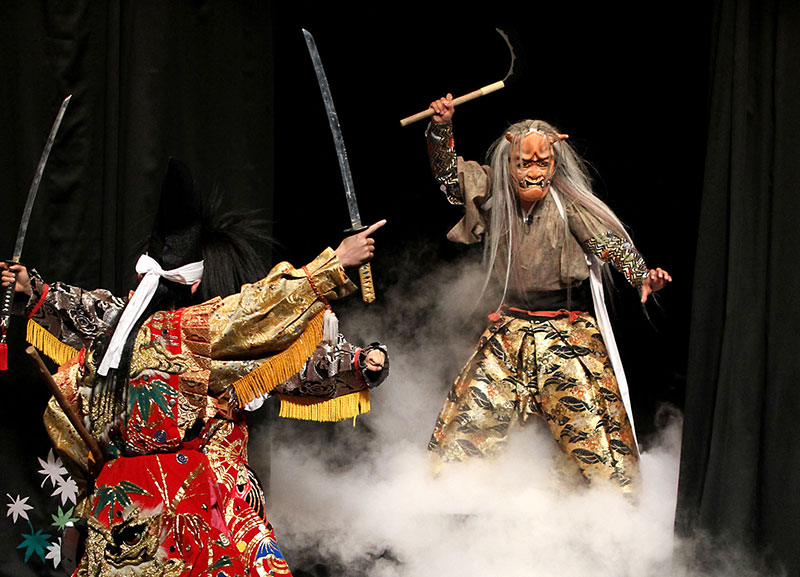 Imperial warriors Minamoto-no-Raiko and Watanabe-no-Tsuna are ordered by the
capital to dispose of rogue bandits in Agero in Echigo (current Niigata).
The two venture to Echigo but soon lose their way in the mountains.
As night falls,they spot a single house illuminated in the darkness where an aging
mother (Yamauba) and her son (Kaidomaru) live and ask for lodging for the night.
Unbeknownst to them, the mother and son are the very rogue bandits they have been
sent to kill.
Driven from the capital after the death of her husband, Yamauba and her son came to despise the capital and everyone living there, becoming renegade outlaws against the imperial court. The two attack Raiko and Tsuna but are soon bested, and while
Yamauba's son tells her to flee, she instead begs Raiko and Tsuna to take her life in
exchange for letting her son go free.
However, Raiko takes pity on Yamauba and instead takes her son on as a retainer of
the imperial court.
Kaidomaru would later go on to become Sakata-no-Kintoki, one of the most powerful samurai generals of all time.