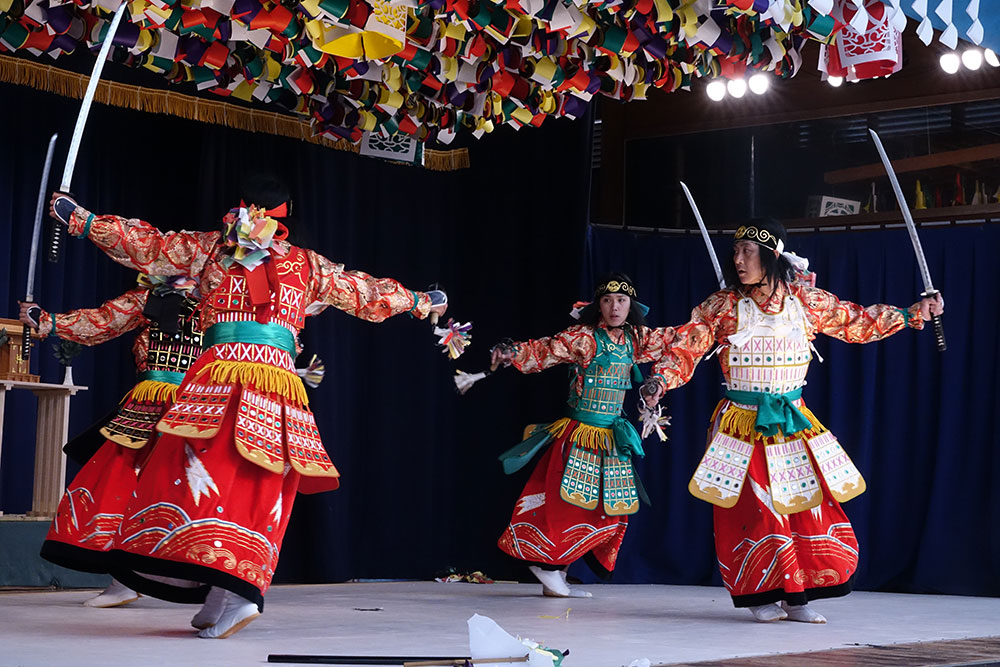 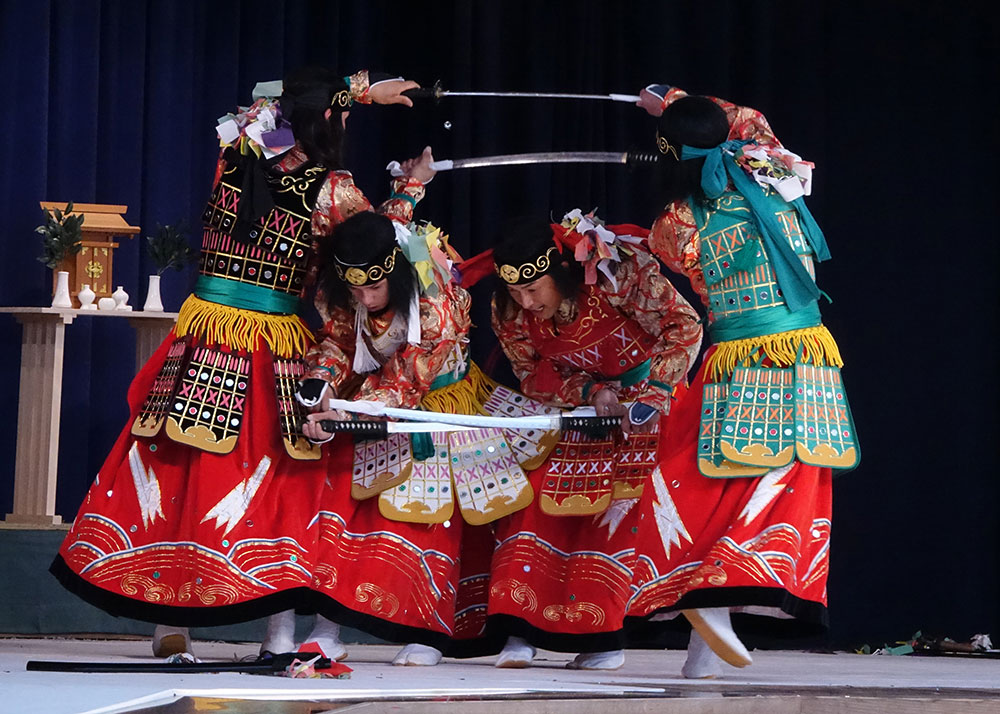 Yatsuhana-no-Mai is part of Shomo-wake-no-Mai. The term shomo-wake means "to distribute inheritance" and comes from a term used in Ato Kagura to mean the same thing. The story of Yatsuhana-no-Mai centers around four brothers training for battle against an enemy. Holding their swords, the four dance in a circle. Viewed from above, the movements look like a flower blooming, which is where the name of the play (Eight-Petaled Flower Dance) comes from. The movements are dynamic and acrobatic with all the players moving in sync with one another. In Exploring Hiroshima Kagura by Professor Yasuomi Mimura (Hiroshima Institute of Technology), he praises Yatsuhana-no-Mai as "one of the most elegant and beautiful performances in all of kagura." The performance also features lots of breathtaking martial art elements.